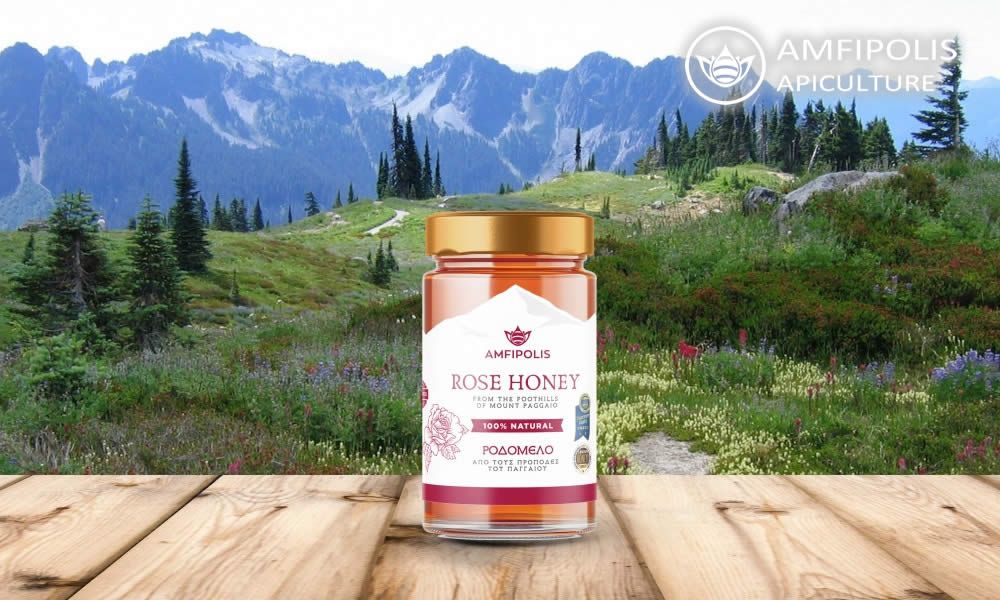 A local traditional product which combines the organic features and the therapeutic or medical qualities of honey and rose, which suggest a symbol of Orphism. Rodolivos town, whereas the beekeeping of the Amfipolis region is based, in the Greek language means a field of roses and took its name after the roses. The connection of the town with the cultivation of the roses is famous since the era of Alexander the Great. It is also used as an excellent cosmetic. 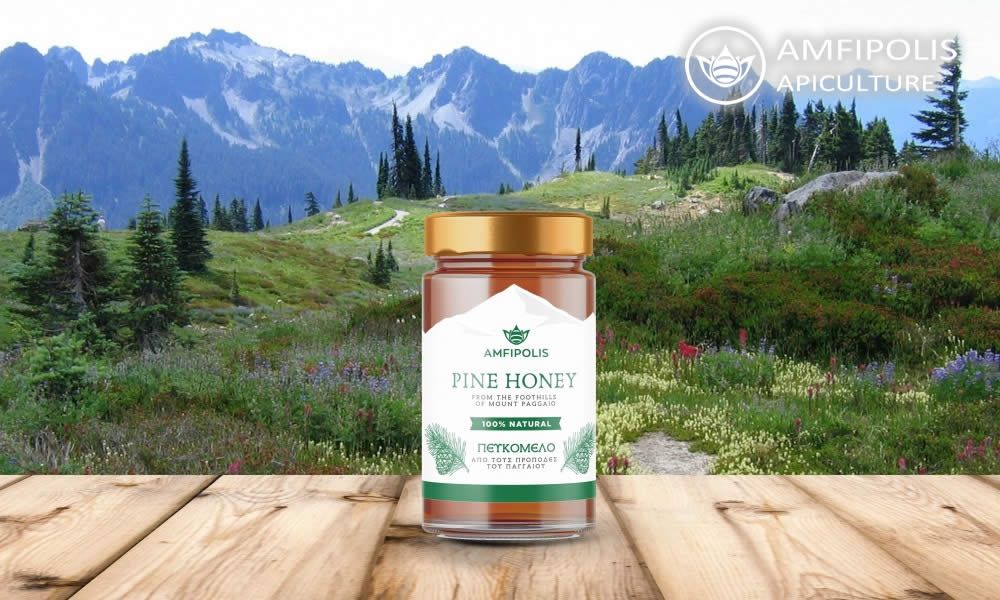 Honey made from foods our bees find at the foot and the top of Mount Pangaion, through forests of pine and chestnut trees, beeches, oaks. Dark coloured honey, thick, with golden shades, full of flavor and aroma, very rich in nutrients and trace elements (potassium, magnesium, phosphorus, iron). It also contains very small quantities of vitamins, however even this small amount helps for better assimilation of sugars by the body. It is ideal for all ages and diets of modern man. 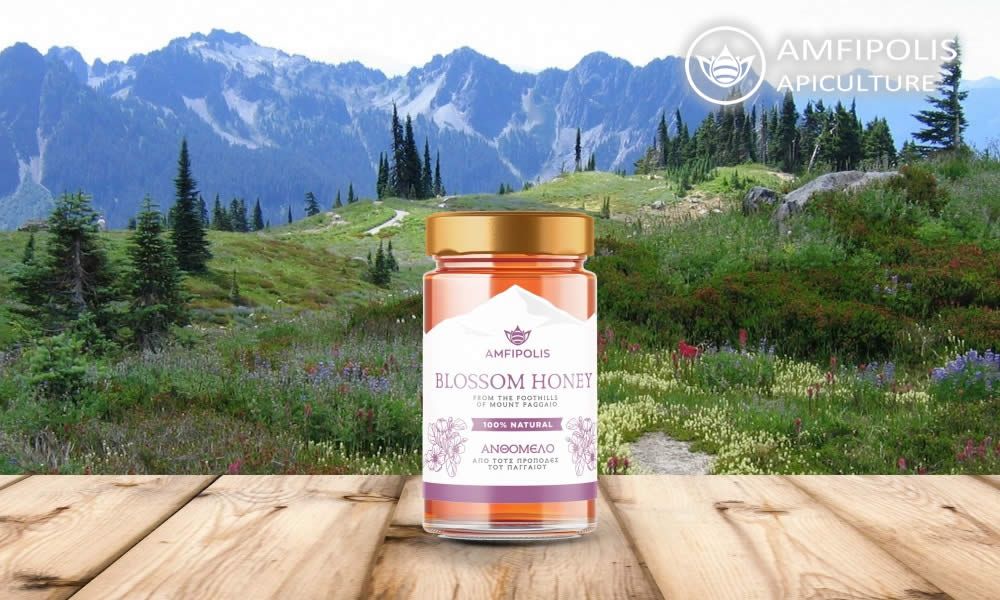 Certified honey collected from colonies visiting the most noble herbs of Mount Pangaion springtime flora. A light coloured, bright, golden honey, rich in essential oils, organic acids, minerals and trace elements, with a rich taste. Due to the variety of substances that form its composition it is considered of high nutritional value. It has beneficial effects on the human cardiovascular system and contributes to longevity. It is very nutritious and tonic for the human body. 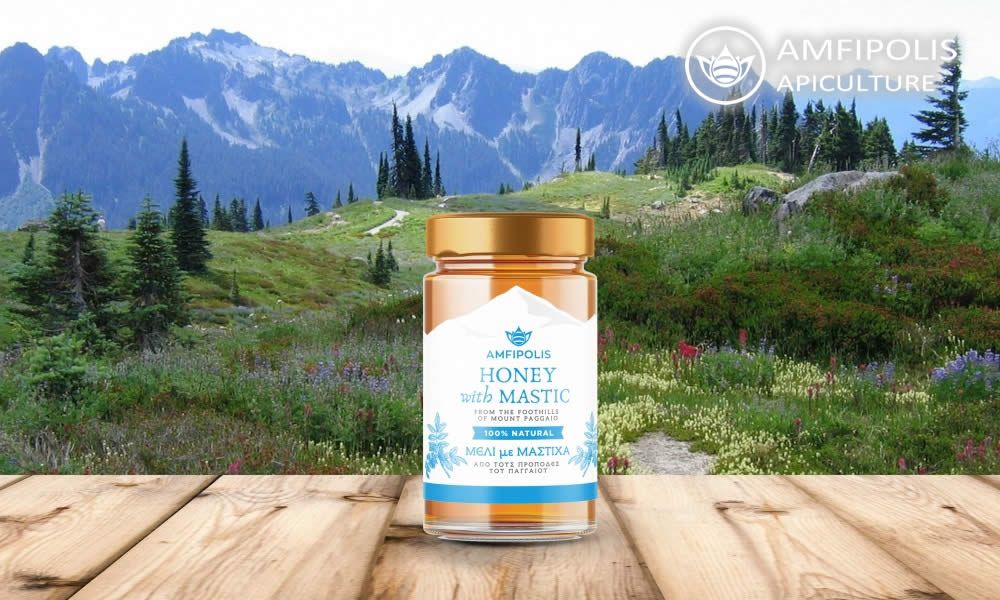 Our Company committed to its customers, presents them with a delicatessen product, the honey with Chios mastic gum (mastiha). The product combines in harmony the scents of the Greek islands with the aromatic honey of the mythic Pangaion Mountains. 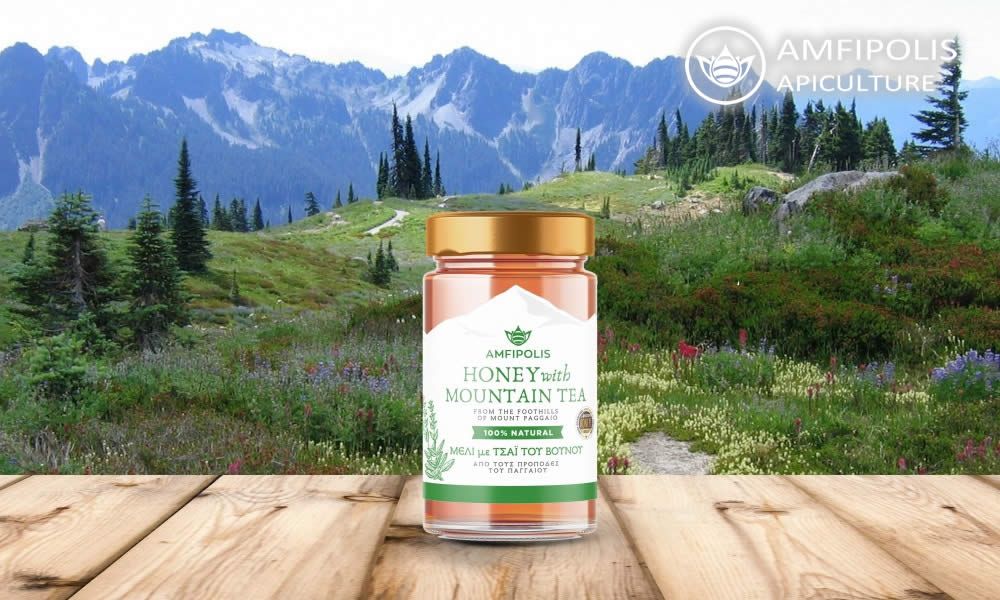 Mountain tea with honey of Amphipolis

Being always innovative and close to nature, Amphipolis beekeeping is pleased to provide you with the unique and 100% authentic natural product, after getting a product patent and copyright in EUIPO.

The honey of Amphipolis with its scent, rich taste and multitude of properties blends with Sideritis Scardika, a mountain tea with wonderful properties of Greek herbs, which exists in the area called Mountain Paggeo.

Its particular features win even the most demanding consumer.

Mountain tea has beneficial effects on:

It is also considered to be:

Further studies from Germany claim that mountain tea can protect against Alzheimer's disease. Mountain tea with honey of Amphipolis A food product with unique properties 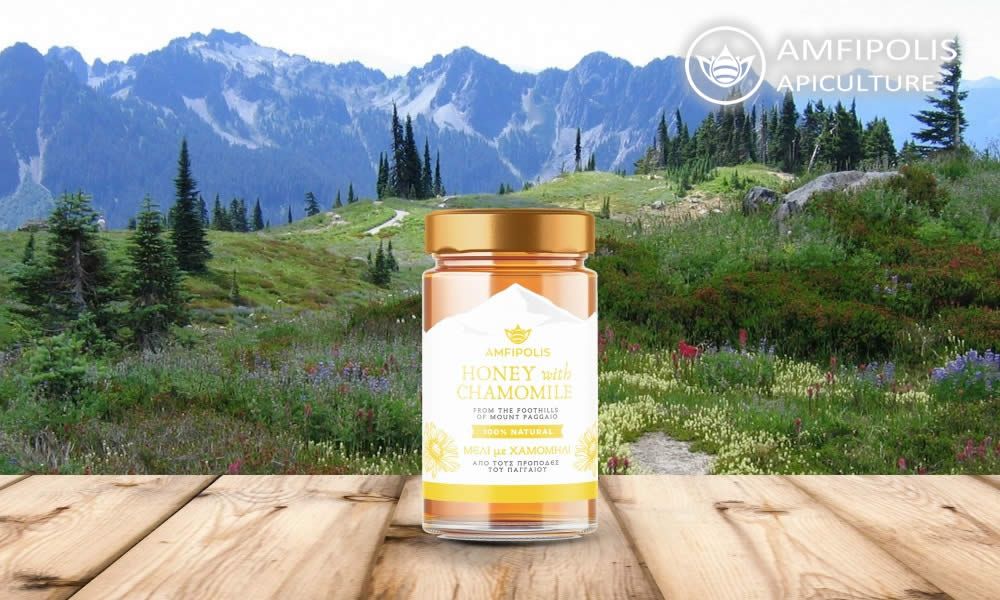 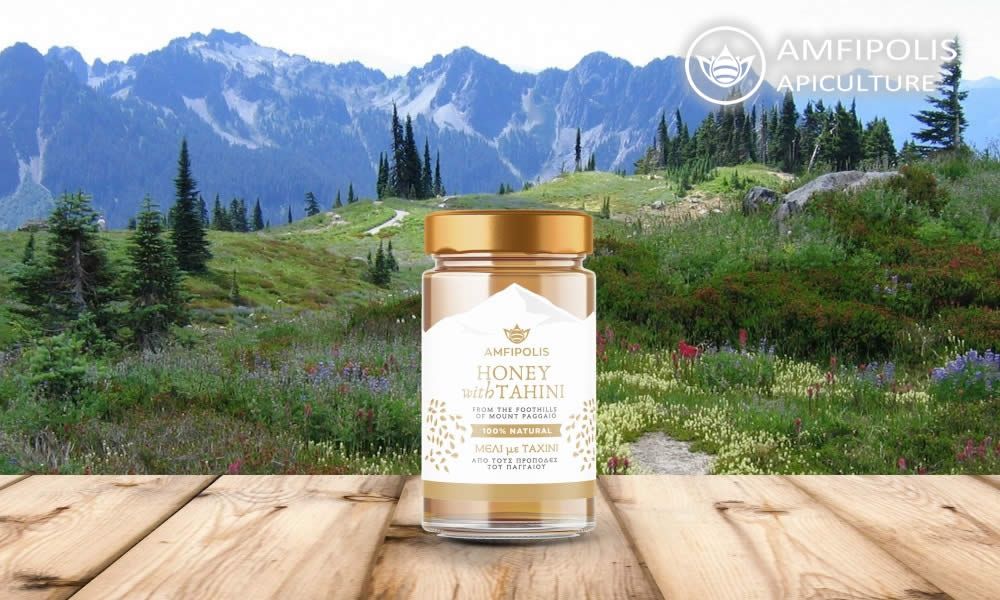 There is no doubt that a healthy snack at any time of the day is a first-class source of energy, since it helps us meet the demanding daily routine and fortifies our body. Honey and Tahini, in combination or individually, are sweet energy sources not lacking in flavor.
Read more ...

The nutritional value of both honey and tahini is very significant and scientifically proven. Honey and tahini can be eaten as accompaniment to various culinary delicacies, such as cereals, nuts, yogurt, and of course, lots of sweets. Honey can also be used as an ingredient in green salads.

Tahini is a very nutritious and healthy food. It is made from ground hulled sesame seeds. It is a substitute for animal protein, rich in vegetable proteins. It has great anti-aging effects and acts as a tonic to the body.

The consumption of tahini contributes to maintaining the health of major body organs, improves the gastrointestinal tract health and lowers cholesterol.

Generally, sesame consumption helps in the prevention of osteoporosis, in the maintenance of physical and mental health and in the boost of the immune system.

Tahini has an important antioxidant activity, while at the same time it contributes to bone and joint health.

Tahini is especially preferred during periods of fasting as a substitute for animal protein. It is also ideal for both young and elderly people as it contains high biological value proteins.

Tahini, according to scientists, also appears to have a remarkable preventive effect against cardiovascular diseases.

Honey has been known for its tonic properties. It is rich in minerals and nutrients. It has many beneficial ingredients that are valuable to the organism and instantly replenish energy. It helps mental clarity, improves the digestive system and prevents constipation. Honey was used as a medicine for many ailments in ancient times.

Honey relieves sore throat and strengthens the body's defenses. Equally important is the fact that honey increases the absorption of calcium by the body.

Honey is also considered to help our body calm and it also reduces insomnia and sleep disorders. Scientists are also studying its antimicrobial activity, as it is considered to fight germs and bacteria. Hence, in older times people used it to fight diseases. 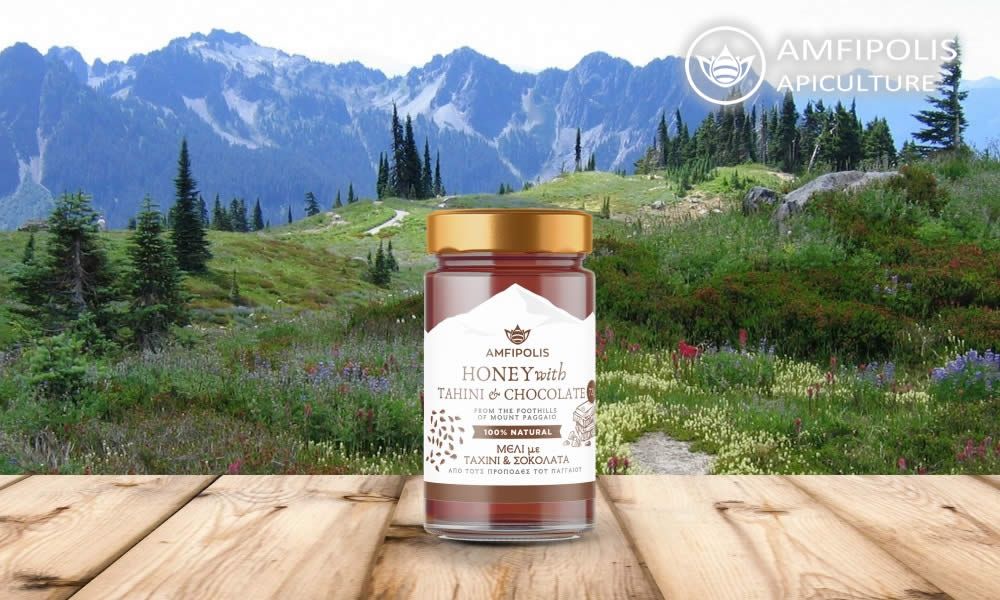 Honey of Amphipolis with Tahini and dark chocolate 72%

The healthiest and most nutritious breakfast or snack for you and your children.

Perfect combination of taste, texture and nutritional value wins both the young and the old.

According to research, dark chocolate (at least 70% cacao) contains more polyphenols and flavonoids than specific fruit that has been tested, like blueberries and berries.

Recent research has shown that frequent consumption of dark chocolate reduces the risk of cardiovascular diseases by 37% and the risk of a stroke by 29%.

We are located in the Municipality of Amphipolis, at the foot of Mount Pangaion.